Preparing marijuana alcohol for pain relief is inexpensive and effective. It is widely known, even in countries where the consumption or use of this popular plant is illegal.

Several recommendations for using cannabis in this way were published in lacalletv.com, where it is noted that in some places, medical marijuana is legal under certain controls that have not yet been fully defined.

Several testimonies of people who prepare marijuana alcohol state that they use it for massages to relieve muscle and joint pain.

They claim that cannabis has fast healing powers because it acts directly on the skin that absorbs it.

The preparation of marijuana alcohol is simple and its effectiveness depends on the type of plant used. However, in countries where the use of marijuana is not legal in any way, neither medicinal nor recreational; people look for ways to get it on the black market to prepare a remedy that is effective against body aches, besides being economical.

When I am very tired I rub alcohol on my legs, my feet, on my body, it is very good. I may lack salt, but not marijuana with alcohol. My grandmother always used to use it, a middle-aged woman told the aforementioned website.

The ways of using marijuana alcohol are varied according to the customs and family traditions of the different countries where it is used. There is talk of placing absorbent cotton soaked in alcohol in the navel of children to lower fever or gauze can also be moistened, then placed on the chest and back, to decongest the airways.

Nevertheless, the use of cannabis remains in a debate about its decriminalization. In Mexico, for example, in an unprecedented decision, the Supreme Court authorized four people to grow and consume the herb for recreational purposes.

Also in Mexico, after a tough legal battle with the support of the media, the parents of an eight-year-old girl named Grace, who suffers from a serious type of epilepsy, obtained authorization to import a cannabis-based medicine.

The truth is that it has been demonstrated that cannabis has an indisputable medicinal use, so the homemade preparation of marijuana alcohol is well known for being simple, economical, and effective.

In Galicia, Spain, a grandfather was fined for having a small marijuana plant that he used to prepare alcohol from this leaf. With it, the man relieved his rheumatic pains, using this home remedy that he learned to make watching his parents.

It should be noted that research carried out in different countries in Europe, the United States, and Latin America, not to mention India, confirm that marijuana alcohol is very useful for treating all types of joint and muscle pain.

Different recipes are known to prepare marijuana alcohol, so here is a simple one, which includes the use of half a liter of 96º alcohol, 10 grams of green leaves or buds, 5 grams of dried and decarboxylated buds, a wide-mouthed glass bottle with a stopper and a liter and a half or two liters; olive, coconut or almond oil.

At this point, it is necessary to clarify that, according to experts in the field, green marijuana is not psychoactive, that is to say, that it does not affect consciousness or mental activity. The cannabinoids they contain are in an acid state.

Thus, it can be found with THCA, CBDA, which once the marijuana is well cured or decarboxylated, are transformed into THC or CBD.

THCA, besides not having psychoactivity, has important anti-inflammatory properties, similar to those of CBD.

As for its preparation, it is recommended to wash the bottle very well with hot water to sterilize it, cut the green marijuana leaves and buds and place them inside the bottle, and then put the dried buds shredded by hand. Then add the alcohol, cap the bottle and shake it for one or two minutes.

Afterward, the bottle should be placed in a dark, cool place to macerate for three or four weeks. Every day it should be shaken so that after the weeks, the alcohol is strained through a thin cloth or a coffee filter. Then add the oil of your choice and it is ready to use when ailments arise in any part of the body.

Steps to prepare the perfect compost for your marijuana growing 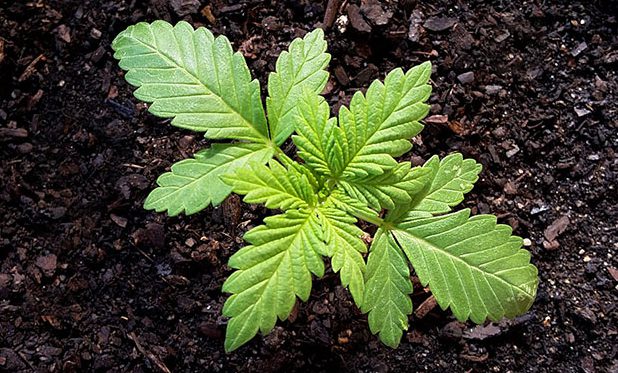 Grow marijuana on a window sill, follow these tips 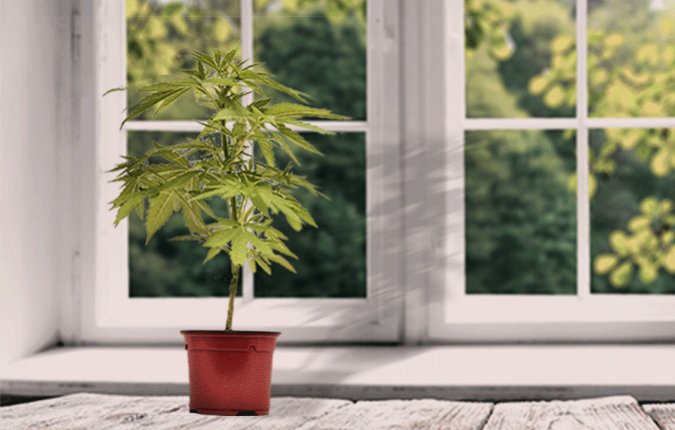