Marijuana is making its presence felt at the Olympic Games

Marijuana has been gradually making its way into elite sports, of course, the Olympic Games are no exception, the current edition of the sporting event, which ended this Sunday, athletes could use Cannabidiol (CBD) while preparing to attend the competition, a fact that occurs for the first time in the history of the Olympics.

It should be recalled that in 2018 the World Anti-Doping Association (WADA) removed CBD (the non-psychoactive component of cannabis) from its list of banned substances. Therefore, its use has become increasingly popular among sports and Olympic athletes.

CBD use among athletes

International cannabis expert Barbara Pastori, in an article published on the Prohibition Partners website, discusses the role that cannabis-based substances can play in sports, the main barriers and opportunities that may arise.

According to Pastori, “in the run-up to this year’s Games, a growing procession of athletes have endorsed the use of CBD-based products” and take advantage of the benefits offered by this cannabinoid.

Many of these CBD-based products aimed specifically at athletes are used to provide muscle and joint recovery support.

The expert states that in addition to recovery, “CBD can help athletes maintain a more regular sleep pattern and can contribute to improving their overall mental well-being between training sessions,” among other advantages.

Although the use of Cannabidiol is permitted among Olympic competitors, “many athletes who used CBD to prepare for the Olympics chose not to bring their products to Tokyo, to avoid violating Japanese regulations,” Pastori comments.

While CBD has conquered spaces, Tetrahydrocannabinol (THC, the psychoactive component of cannabis) still has a long way to go, as evidenced by the controversial case of the American sprinter Sha’Carri Richardson, who was suspended from the Olympic Games after testing positive for marijuana.

“The case of THC in sports is a delicate one. Firstly, even though the WHO and the UN consider cannabis as a medicine, to date THC is still treated as an illegal narcotic in most countries,” notes the expert.

It is important to note that in jurisdictions where THC is legal, tentative steps are being taken towards normalization in sports. For example, currently, the Nevada Athletic Commission, the body in charge of regulating combat sports, agreed to enact a change in its anti-doping policy and eliminate the threat of suspension for the use or possession of cannabis for fighters.

Other professional sports organizations such as the NFL, MLB, and NBA have changed their perspective a little and have somewhat relaxed their rules on the use of cannabis. 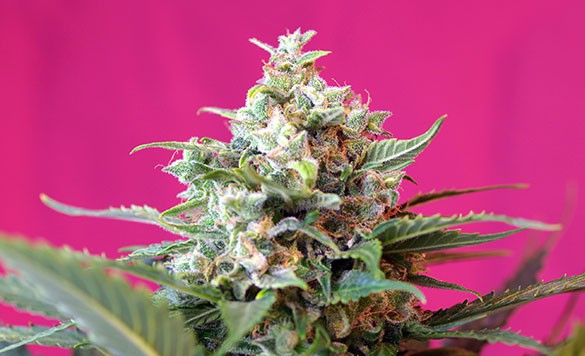